During the exciting chaos of Treefort Music Festival I had the opportunity to sit down with one of the most talented female producers in the electronic music industry, ill-Esha (Elyshia Zaide). She slammed Boise with a jaw-dropping set at Fatties bar Friday night after Esseks (a local favorite) and before ill.GATES.

ill-Esha is a Canadian native who moved to Denver, Colorado about five years ago. The nice people, dynamic music scene, and forward-thinking politics drew her to Denver and she’s been in love ever since. Elyshia has been musically involved her entire life and was drawn to the piano at a young age. Ever since then she makes it a point to involve organic/live elements into her music. Whether it’s live singing from her background as a vocalist or jamming on her keytar, seeing her play live is truly a unforgettable experience.

Starting out as an MC and rapper, Elyshia was driven to begin her career in electronic music from a strong desire to control and manipulate beats. She truly blossomed in the years to come and began producing music full-time. Since 2001 she’s released a number of albums, EP’s, and singles that range from old-school drum and bass to electronica glitch-hop. She’s truly been all over the musical spectrum, and that versatility is demonstrated in her music.

Your music has always been inspired by live instruments, but your sound has also evolved over the years. Could you tell me a bit about your journey as a producer and how that influences your music today?

Definitely. I was always into live stuff and being in bands, and for the longest time-even up until recently, I start writing from the piano and do more traditional songwriting and building around it. I think the deeper I get into production, the more I think of it from the producer’s view. And so instead of always thinking how to compose the beat around “this”, it’s more of how I can write my voice as an instrument inside the beat and play around with that. It’s almost like coming from the opposite direction and going “Here’s a good song pallet,” and then making a song inside of that instead of starting from the song first. My music has changed a lot, but it still always has organic elements to it and I don’t think that will ever change.

From what I understand, the piano is your favorite instrument and the keytar is a fairly new addition. When and why did you choose to incorporate the keytar, and how has that changed your production/performance?

I love DJing and I love the turntables and that whole element to it. As things have gotten more digital, it’s given me the excitement that I can do more and add more things. The piano has always been like a second language to me, so I really just wanted to express myself that way. As a piano player I’m usually nerdy and hunched over the keyboard, wishing I was cool and I could swag like a guitar player! So the keytar is this awesomely nerdy thing that enables us keyboard nerds to get up and be more visual.

When I started touring with Beats Antique in 2013, they’re more of a live act with dancing and things like that. I noticed that the crowd was very engaged with movement and more of a traditional style of performance. I came to realize that as a DJ you’re kinda tied to your gear, hunched over, and just not as connected to the crowd as when you’re more physically engaged. Even just larger gestures can really bring people in and connect them to what’s going on. The keytar has an accelerometer, I can move it around, and do things by flipping it. Even if you don’t really understand the setup you can see the movement, you can see it correlating to something. I think it’s kinda important now, even in electronic, for people to connect in a certain way to the different threads of your music. This has really changed how I write as well; I’ll write stuff more for soloing, big cheesy lead-lines and things like that. Is there a certain artist or person who inspired you to start making electronic music?

Definitely people who are tech innovators like Imogen Heap and Bjork have always been there from day one. She’s always making new instruments and incorporating new technology, she even did something custom for the olympics. She’s essentially always thinking ahead. I guess as a technology lover and a producer I’m always thinking of how I can make something new while still making it compelling in a song. Innovators like that are super inspiring to me and I really love controllerists and people who do things that have never been done before. That really gets me on the inspiration kick to start making music.

I was listening to one of you previous interviews where you talk about recording the sound of hitting mixing bowls filled with water in your kitchen. Do you still play around with recording unique sounds from your environment?

Absolutely! I started doing this series that’s called “sample the world” and basically wherever I travel I do both audio and video recordings of different locations and sounds. The first one was in Hawaii, I did one with Frost-who’s my collab partner, in Mexico. I did another one in Panama and I learned that it’s a good idea to look up the tree that you’re hitting to make sure that it doesn’t have a nest of stinging insects in the top of it! So I’m definitely doing that and getting some battle scars from it.

Could you tell me about your experience as an MC and rapper?

That’s kinda how I started because I was a vocalist. I started rapping and I was really shy, so I would hide behind the decks and kinda do it from being crouched on my knees. I really didn’t want anyone to notice me, which is kinda funny because that’s pretty much the opposite of the rap ethos. Gradually I got a little more confident and just wanted to participate more in the beats and DJing. That’s when things started to evolve more into production; having more and more ideas and being kind of an audio control freak and wanting to control every aspect of things.

Do you have any fun projects that you’re working on at the moment?

Frost and I have actually been working on an album. He’s a producer from San Francisco, and we really hit it off and started combining our different styles. I’m working on a couple EP’s of my own, but we’ve been doing this really cool new style that’s kinda unlike what we both do. That’s really the next thing that I’m focusing on for the most part.

Between the grimy dubstep beats of Esseks, flawless live production of ill-Esha, and legendary bass from ill.GATES, Treeforters truly had a tasty treat of electronic music on Friday night. Having the ability to talk to and see fantastic artists like ill-Esha is part of what makes Treefort truly one in a million. See you next year! 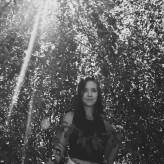