Cannabis has been a major part of the viewing experience and conversation around certain movies for decades — at least since 1968, when the critically panned 2001: A Space Odyssey had a box office resurgence, thanks to stoner word-of-mouth and a marketing rebrand as, “The Ultimate Trip.” But what makes 2001 or any other film a “pot movie,” meaning, one that’s preferable to watch while high?

It’s far from a straightforward question, but it’s one at the heart of SPLIFF, Seattle’s newest film festival, and the world’s first devoted exclusively to movies made for the stoned, by the stoned. With a program of 24 shorts all four minutes and 20 seconds or less, the city’s latest event (encouraging guests to get high beforehand) held four screenings at the SIFF Cinema Egyptian this 4/20 weekend, with additional showings occurring in five other legal cities. It was organized by the same team behind the Seattle-based HUMP! Film Fest, with much the same goal for pot as HUMP has for sex — normalization.

“We felt this would be a great way to further that,” explains Robert Crocker, SPLIFF’s executive producer, “to let everybody express their ideas or fun, crazy fantasies about what they do when they smoke pot.”

After conceiving of the fest while getting high, Crocker and the other organizers put out a call for short films about “what pot means to you.” They received 250 submissions, about twice what they usually receive for HUMP — perhaps a sign that cannabis is still less taboo than sex despite its complex legal status. There was a corresponding outpouring of sponsor interest as well, with cannabis producers and brands like Oleum Extracts and Verdelux setting up to pass out nonactive product samples and munchies both before the event and at the Fred Wildlife Refuge’s nearby afterparty.

“It’s a great way for people to express something they’re passionate about,” says Crocker. “Whether it’s sex or pot, they feel strongly about the subject, and there’s not a lot out there on it.”

Indeed, for a long period of film history, the only notable representation of cannabis was the 1936 anti-drug propaganda film Reefer Madness, so it’s only fitting that SPLIFF’s program starts with N.O.P.E., an over-the-top parody of such after school scaremongering tactics and the D.A.R.E. education program. That laughable start was immediately subverted by the slow-mo music video Bloom, highlighting the beauty of the act of smoking and the diverse subjects engaging in it.

The program continues with three shorts humorously dramatizing the effects of getting stoned, from the flash-animated head trip of Fully Froggo to the face-melting urban legend of Witch Weed, before shaking things up with German submission Bibbel the Dwarf Dwarf, which plays like a live-action Wile E. Coyote and Roadrunner short from an alternate dimension and contains no reference to cannabis.

Receiving paper ballots upon entry, audience members were tasked with voting for their favorite shorts in four categories – stupidest, trippiest, funniest, and best in show. I gave stupidest to Kevin’s Proclamation (not necessarily an insult) and trippiest to the short but sweet Hands. The funniest for me was easily Good Game Bud, wherein two friends play “blunt Jenga” by taking hits without letting the ash fall — a simple concept hilariously executed, with the participants’ mounting highness and astonishment becoming infectious as the game goes on.

My pick for best in show was Joint Heights, the final short and an ideal bookend for the program. In stark contrast to N.O.P.E., it presents a stop-motion world in which cannabis is not just normalized but sentient, with anthropomorphized joints performing yoga, rocking out to music, and sorting through rolling papers to pick out a wardrobe. But these were just my preferences, the breadth of differing responses my fellow attendees and I gave for all these categories is a testament both to the show’s success, and the broad interpretations of what makes a good pot movie.

“What I prefer is something visually stimulating,” Crocker elaborates on his own stoned preferences that informed the program. “We were aiming for both representing people’s stories about pot, but also just entertaining people who are high.”

In this sense, SPLIFF is a rejoinder to the conventional assumption that pot movies are just those about smoking pot; a la Pineapple Express, Half-Baked, Up in Smoke, and so many more. Just as often the best movies to watch high have nothing to do with cannabis directly, but merely use film to present novel ideas that expand our already-altered consciousnesses.

“If I feel high, I’m much more receptive and open,” Crocker says. “I think that’s the general feeling with pot, people enjoy the breakdown of barriers, that allows you to have even higher sensitivity to images and thoughts and music.”

So the more cannabis is normalized, the broader our conception of a pot movie may become, as a wider spectrum of pot smokers will be empowered to make and view films that both reflect their specific relationship with the plant and challenge their perceptions under its influence. By uniting conventional and experimental picks under a single, proudly canna-focused bill, SPLIFF is a step in the right direction. 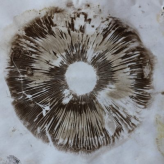