Abraham Dumisani Maraire and Lora (Sukutai) Chiorah-Dye, are two African musicians who introduced Zimbabwean music to the Northwest and much of the rest of North America. “My earliest memories of being a child were literally going to these packed out halls around the University of Washington and my dad and mom on stage singing and performing with their marimba band,” Dumi Maraire also known by his stage name, Draze, told me. His parents performed and taught nyunga nyunga, a form of the mbira, the zimbabwean marimba and toured with their kids, sharing the rich Shona culture and stage with legends like Janet Jackson and Miles Davis. “I’ve been performing since I was about five years old,  we performed all around the world,” Draze explained.

Draze continued his family’s legacy of elevating a Black experience and uplifting the Black community through his musical offerings. “People of African descent, whether they’re from Africa as refugees, or whether they are people living in America, have a lot of mental baggage they deal with. Self-love is a major challenge. We’ve been trained and taught to love and trust things that are white, and to distrust things that are black. I don’t like it. It’s an uncomfortable truth,” Draze explained. “It’s going to take a journey around self-love. When I write these songs, I don’t think there’s an end all, be all answer. I believe in the concept of one plants, one waters. I’m here to plant that seed in as many minds as possible and it will grow.”

Although Draze’s music has an audible marimba influence, Draze was drawn to Hip Hop from a young age and created a name for himself as a standout new artist with songs like “Irony on 23rd” off of his Seattle’s Own release in 2016. This track criticized the continued gentrification of the historically Black Central District in Seattle, Washington and condemned the painful irony of allowing Uncle Ike’s, a cannabis dispensary, to be built next to a Black church, on the same block that Black people had been arrested for selling the same product. “We was red lined in, but now we blackballed out so they could sell green,” Draze raps on “Irony on 23rd,” illustrating the abhorrent and “ironic” circumstances of displacement Black communities continue to endure.

“We was red lined in, but now we blackballed out so they could sell green.”

Since “Irony on 23rd” was released Uncle Ike’s has become known by many people of color as an unsafe place to be and work. When I talked to Draze about the current concerns with Uncle Ike’s, he explained that his intention was never to shut Uncle Ike’s down, it was to get people to see what was happening and to care enough to do something about it. Ian Eisenberg, the owner of Uncle Ike’s has made no investments into the local Black community that he profits from, was complicit in the gentrification of the Central District and has since been reportedly (according to inside sources), both verbally and physically violent with employees. “It’s going to take community in order to stop those things, right?” Draze said to me. “It’s going to take people caring and actually giving a fuck to change something like that, because people could shut Ian down if they really wanted to. Just don’t buy his weed. Done. I said it in Irony. There’s other places to shop.”

This year Draze dropped a track titled, “Building Black Wealth.” Black wealth is estimated to fall below zero by 2053 according to a 2017 study that highlighted the issues with the gaping racial wealth divide. With Black Americans spending $1.2 trillion dollars a year on consumer goods Draze’s single, “Building Black Wealth” is about filling that gap and supporting Black communities and businesses before America becomes an apartheid country. The song has that full velvety marimba sound and a message of economic and financial prosperity for Black people and people who believe in equality, and are willing to listen.

The video showcases at least 20 Black owned businesses and aims to make building Black business a lifestyle. “Find black owned products. Look at places within your own community and your neighborhood and then open your mind to shopping online. To make building black wealth happen, you’re going to have to shop online, if you want to make it a true lifestyle,” Draze explained. Draze and his family have made a commitment to buying the things they use consistently from Black businesses, starting with their toiletries. “My wife and I have just taken the time to just find ones that we like.” 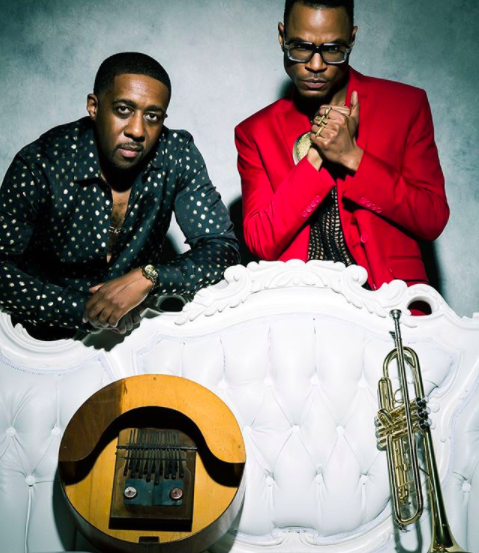 Bars like, “You say I’m going too far. I say self love is your issue,” is a response to the ignorance of those who think that building black wealth would mean boycotting other businesses owned by non-Black folks — sadly, akin to those who scream “all lives matter” over the voices of the Black Lives Matter movement. “Six, nine months from now, I’ll still be pushing building black wealth because it’s a lifestyle,” Draze reiterated. “It takes time and it’s a transition. Don’t try to do it all at once. If I could find myself at 50% black owned  products in a few years, that would be awesome.”